Featuring our C.A.S.T. system, N22 distributes audio around studios or stages using affordable cabling by repurposing the internal copper wires of a Cat 5 cable to transport balanced analogue audio to and from other C.A.S.T. enabled products - such as another N22.

C.A.S.T (Cat 5 Analogue Signal Transport) repurposes the internal copper wiring of a shielded Cat 5 cable to transmit 4 channels of balanced analogue audio over distances of up to 100m.

We developed C.A.S.T. to enable us to provide the perfect platform for distributing audio around studios or stages whilst reducing cable clutter, improving sonic performance, reducing costs, and increasing the flexibility of any audio distribution setup.


C.A.S.T. Expander
Connect N22 into 500R8's or 500ADAT's C.A.S.T. Input connectors and then mic/line sources connected to N22’s inputs are sent directly to the interface's inputs ready for recording via C.A.S.T. Meanwhile, a stereo monitor mix generated by 500R8/500ADAT is carried down the same C.A.S.T. connection and directly into N22’s dual ¼” jack and XLR line outputs.

Standalone Cat5 Snake
Replace cumbersome and expensive analogue multicore systems by using two N22's to send and receive balanced analogue audio between two locations. Connect N22 with your current audio interface and distribute audio into the vocal booth, into the live room, or temporarily into the hallway using a single Cat 5 cable.

Headphone Distribution with N22H
N22's bigger brother N22h features all of the same Cat 5 facilities as N22 but with a reference-quality, high-current headphone amp strapped across its outputs. Utilising the same design that can be found on our flagship 500R8, N22H's headphone amplifier is a crucial tool for engineers looking to really drive their headphones.

Connect N22 with a N22H and now you can use our C.A.S.T. system to deploy headphone amplification where it is needed on the end of a cat 5 cable.
Product Information: http://www.cranborne-audio.com/n22
Manufacturer: CRANBORNE Audio 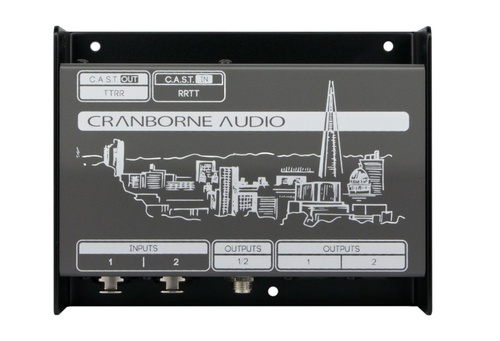 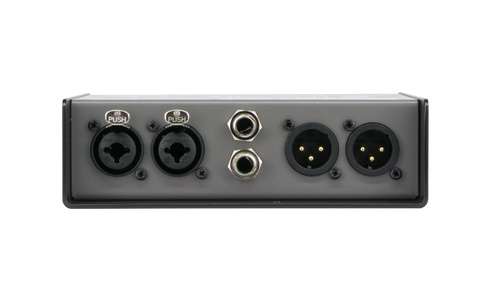 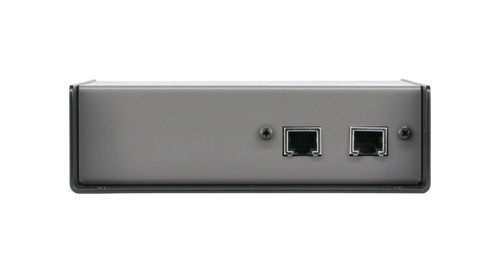 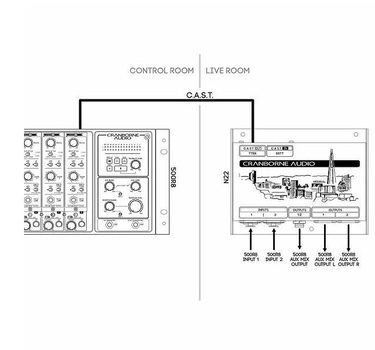 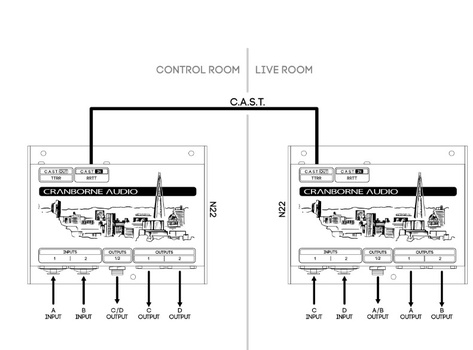 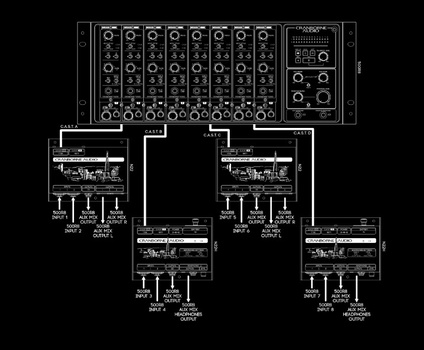