Designed for the DAW user that seeks the legendary big sound of an SSL console while retaining the convenience of working in the box, Sigma δelta is a unique rack mounting SuperAnalogueTM mixer with full tri-directional remote control and automation. Sigma δelta seamlessly brings the analogue joy of mixing on an SSL console into your DAW dominated workflow. Using MDAC technology unique to SSL, Sigma takes the SuperAnalogueTM mix buss from SSL's Duality and AWS consoles and delivers it in a 2U rack design, with complete remote control of the analogue signal path, using either a hardware control surface and/or a simple Remote Control Application, and/or directly from your DAW using the innovative SSL δelta-Control (δ-Ctrl) plug-in. Now anyone who can drive a DAW can mix on an SSL.

Consistent feedback from the world's leading producers demonstrates that analogue summing still brings a record together in a special way that no emulation plug-in can match. Sigma δelta and SSL's no-compromise approach to designing audio circuits, delivers summing with an extended low-end frequency response, wide stereo imaging, clarity, depth and detail. When it comes to sonic tone and character many leading engineers state that a significant part of their 'sound' is the magic that happens when you drive the analogue mix buss of a console a little too hard...that delicate cohesive distortion only a pushed analogue mix buss brings their mixes. This is exactly the case with Sigma. It is at its best when pushed to that "sweet spot", to the point where it yields that extra sonic dimension which has always been part of the legendary SSL sound.

Sigma δelta combines its true analogue tone and depth with complete integration into a DAW dominated workflow. In today's commercial environment, fast turnaround of productions, with multiple mix tweaks and revisions, engineers and producers depend upon instant recall of all their settings. Sigma meets this demand. As Sigma's levels are driven from your DAW, the mix recalls instantly upon session load. Furthermore, every setting on Sigma itself (mix buss routing, monitoring section and settings) can be saved and recalled at the click of a button.

Sigma can also be controlled from any 16 fader MCU compatible control surface. MCU control can be used independently or in conjunction with the Remote app and D-Ctrl. The use of MCU control of Sigma facilitates direct control over the Sigma analogue mix path and monitor switcher from SSL’s Nucleus DAW controller or any other Ethernet equipped MCU enabled hardware control surface. Sigma’s MCU control requires no DAW software to be active, neither is there any requirement for the App to be open or even for a PC to be running. MCU control simply requires a 16 fader MCU compliant surface to be connected via a Network cable to the same DHCP server or router that Sigma is connected to. The Nucleus/Sigma fusion becomes a fully integrated 32 into 4 automated line mixer, with full monitoring and talkback capabilities. Sigma can also be used in combination with Duality, AWS and Matrix to add additional automated mixing capacity. Inserting Sigma δelta across the insert points of an XL desk, instantly adds automation to the console. Third party controllers with MCU emulation will also function but channel banking is not supported at this time so a single 8 fader controller can only access the first 8 channels. Writing automation from an MCU Control Surface connected to Sigma is not supported with Logic Pro. 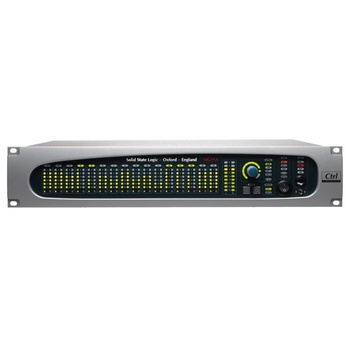 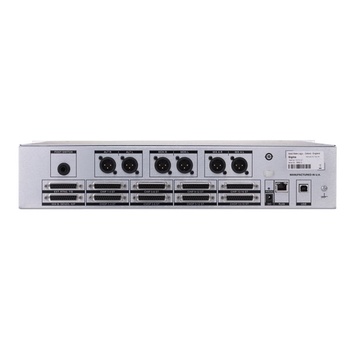 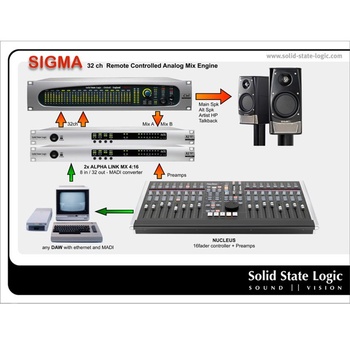 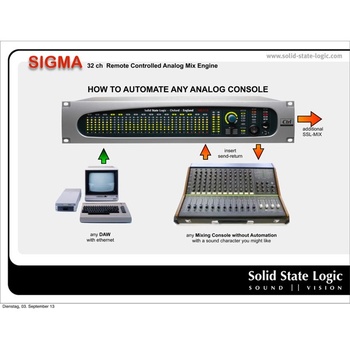 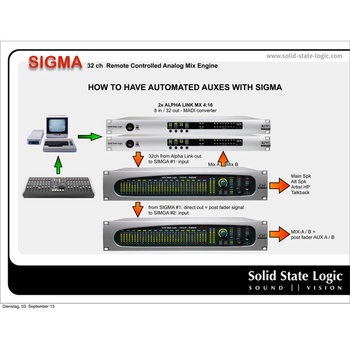 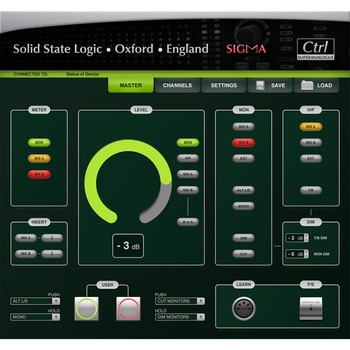