The X-Rack Stereo EQ Module is a stereo version of SSL's console Channel EQ. It is a classic SSL four-band parametric EQ that is a superb all round frequency adjustment tool kit. Whether you need pinpoint accuracy for surgical problem solving, smoother broader sound shaping, or a little more aggressive character the SSL channel EQ will give you what you need. This is a fully featured EQ with high- and low-bands switchable between shelving or fixed Q bell curves and two mid-bands each with variable Q control. This stereo version also has a 'Selective Mode' switch which enables independent switching of high & low bands and mid bands between SSL's E & G series console EQ characteristics to provide an even more versatile EQ design.

See here the other Modules 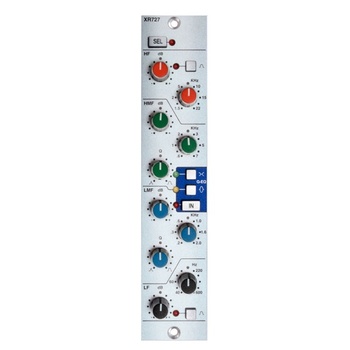