The TUBE-TECH CL 1B is an all-tube optical mono compressor. It delivers a very musical and smooth compression, preserving the clarity of the source even at extreme settings, and this is where CL 1B really stands out compared to other compressors. Furthermore, the operation is very intuitive, enabling you to achieve your goal achieve your goal quickly and easily.

CL1B is by far the most popular TUBE-TECH unit, and this is not without a reason: For vocals and instruments like guitar bass and keys (regardless of musical genre) the CL1B delivers extremely musical and smooth compression, just what's needed to make the track fit into your mix without any muddiness or distortion, even at very extreme settings.

The CL1B is VERY easy to use; just dial in what you need! You'll hear and feel the action immediately and don't have to doubt whether the setting works, it's always obvious.

With thousands of units sold, the CL 1B is by far the most successful TUBE-TECH device to date, and its distinctive sound can be heard on countless legendary recordings. The number of hit records featuring the CL1B is countless and the rule is that the majority of all top singers and musicians demands the CL1B for their recordings regardless of the genre they perform. As an example, it's e well known secret that all the big Hip Hop / Rap stars depend heavily on the CL1B for their vocal performance.

The TUBE-TECH CL 1B Compressor is an optical, all tube based compressor.

The unit features a gain-reduction element, positioned immediately after the input transformer. It is controlled by the sidechain amplifier, which also contain the two time control circuits – one for fixed and one for variable Attack/Release. The two time-controllers can either be used separately or combined. This circuit contains semiconductor OP-amps for the entire control.A dedicated Bus selector with three positions (Off, Bus 1, Bus 2) is used whenever you want to link several compressors together.

The gain-reduction element is followed by a tube-based push-pull amplifier with variable gain up to 30 dB. Input and output transformers have a static-screen between the primary and secondary wirings. Both Input and Output are balanced as well as fully floating. 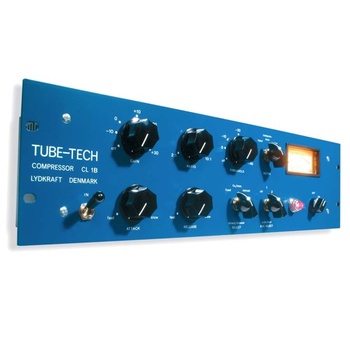 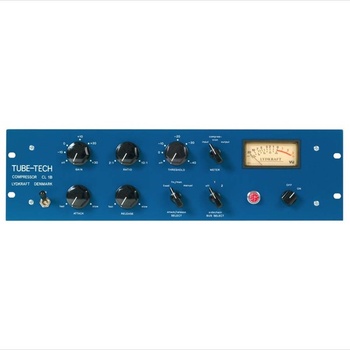 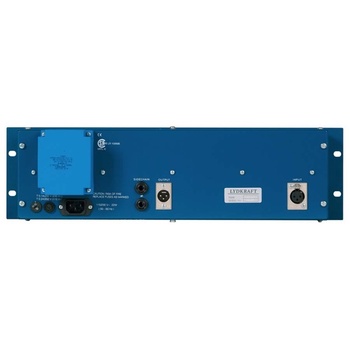