The LCA 2B is an all-tube VCA compressor/limiter with two independent, linkable channels. LCA2B is a true TUBE VCA compressor, using a tube as the VCA.( Voltage controlled amplifier.) This kind of compressor is also known as a Vari Mu compressor.

TUBE-TECH LCA 2B is one of the most powerful and versatile VCA compressors in the market: LCA 2B is extremely versatile, and it works equally well on vocals, instruments and as a bus compressor. Due to its very fast and smooth attack it is also perfect for drums and percussion.

There''s literally nothing the LCA 2B can't handle very well: Powerful bus compression ( It's a dream used for buss compression both inserted and parallel.) + fine single instrument and voice compression.

The action of the LCA2B is always easy to hear, so finding the right setting on this compressor is a not complicated.

LCA2B is designed to be the TUBE-TECH equivalent of the Fairchild 670, but only in terms of action, not the actual electronics. It is designed with the Fairchild in mind, delivering similar action but retaining its transparency or high frequencies, even when pushed to the limit.) The fixed attack/release constants are duplicates of the Fairchild constants.

When you want even more control, power and wildness than our famous CL1B can deliver, try the LCA 2B. The LCA2B has found its use in many top live Engineers' touring racks.

The unit is all tube based (except for the power supply and side chain circuit). The VCA (1 dual triode) is placed between the input transformer and the output stage (2 dual triodes).

The audio signal is picked up after the VCA and fed to the side chain circuit. The control signal from the compressor and from the limiter is combined and sent to the link switch and to the control amp, which feeds the VCA. The two bi-directional link busses are accessible at two 1/4" stereo jack sockets on the rear panel. The channels can be linked together for stereo applications and also linked to other LCA 2B's via the two link busses and a standard stereo jack/jack cord.

The compressor has six att/rel presets ( Fairchild time constants ) as well as manual control. The limiter att/rel is fixed. The LED display is fed from the control amp. The limiter LED is fed from the limiter buffer.The audio path is fully symmetrical from input to output. Input and output have fully floating transformers. All DC voltages are stabilized, except the anode voltage for the output stage. 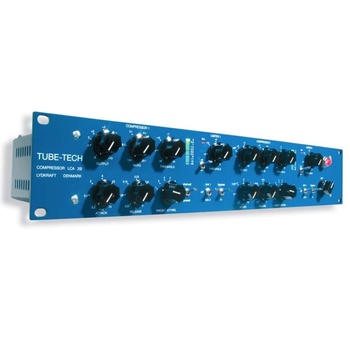 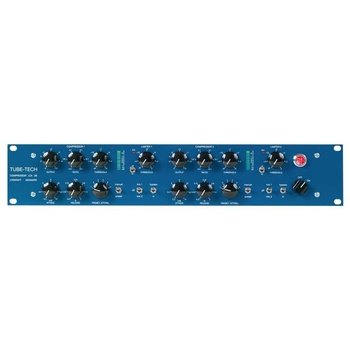 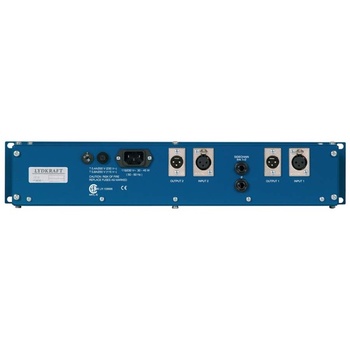