The SMC2BM is the mastering version of the famous SMC2B Stereo Multiband Compressor
On SMC2BM all audio controls feature High Quality switches,fitted with precision resistors, to ensure extreme accuracy in settings and recals.

The SMC2BM has become one of the favorite mixing/mastering compressors for many top mastering engineers around the world. The sound of SMC2BM is the same as SMC2B and features three independent optical stereo compressors. Combining the effect of wide 3 band level control with individual compression of the three bands creates pure magic, especially on the main mix bus, but also on submixes like drum buss, instrument groups and single tracks.

The SMC2B is one of the few audio processors, that is very hard to bypass, even after a short listening test, and it will tend to stay inserted forever because of the color and dynamics it can add to your source material.

Try it for mixing, and hear the magic no other compressor can deliver! For Live use the SMC2B is adding quality and musicality to top touring acts.

As an extra bonus feature, SMC2B can also be used to solve / remove annoying frequencies in basses, vocals, etc. It can even be set up as a d-esser. SMC2B can be very effective when recording very dynamic vocalists without having to spend hours sorting out problems after the recording has been done.

The SMC 2B is one of the most creative and musical audio tools available, and an all-time favorite for countless sound engineers around the world.

The design of the x-over networks optimizes the summing of all three bands, resulting in a flat frequency response (within +/-0,25 dB), when the gain controls for each band are set at the same level. The three compressors feature Threshold, Ratio, Attack, Release and Gain and a display showing gain reduction. Master levels are set with Output Gain and Balance controls.

Both Input and Output are balanced and have fully floating transformers with a static screen. The power supply and the sidechain circuit is based on a solid state circuit. With the exception of the output stage all DC voltages are stabilised. 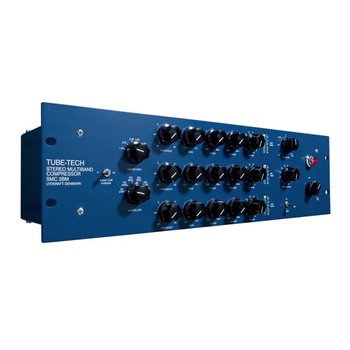 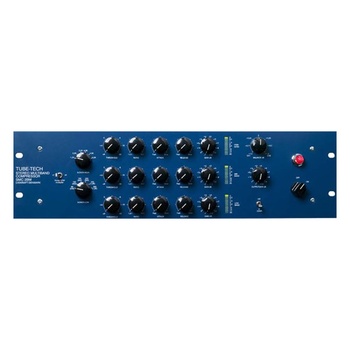 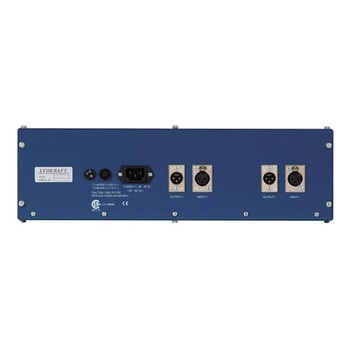