The Vittoria provides a bridge between two internal and separate Dante networks. These networks are completely isolated from each other with 100% network security, providing a complete network firewall. Vittoria links 32 channels from each network directly in DSP, allowing the passing of bi-directional audio but with complete isolation and security from each separate network.

The two network interfaces will typically be connected onto different networks and the Vittoria will ‘bridge’ between them.

Independently Operated Networks
As each side of the Vittoria is independent and not connected across a network, they can have independent settings.

For example, if the Vittoria is in OB truck running its own network connection at 48kHz to sync with the other devices on board the truck, but needs to link with an external network in a local studio that is operating at 192kHz, then that is no problem for the Vittoria. It will bridge the two network settings and audio will flow!

If you have a work flow that includes AES67 and separate Dante networks, then the Vittoria can be used to bridge between them, with one network interface operating in Dante mode, and the other operating in AES67 mode.

Each network on the Vittoria will operate between sample rates of 44.1-192kHz.

Each Network Can Operate Asynchronously
Although each network of the Vittoria is connected via Ethernet, they can be operated with different master clocks at different clock speeds. This could be useful if you needed to spread the number of devices on one network across two. This would be very useful when using a high number of Ultimo based devices, for example.

Separate Word Clock In/Out
Each network interface has a word clock input and a word clock output connection, available on full size BNC connectors. This allows connection of other devices for clock sync on each network separately.

If the primary network is operating at 44.1kHz and you want to connect a device at 48kHz, just set the secondary interface to 48kHz and connect your new device to this interface in Dante Controller. The audio will now be available on the primary interface at 44.1kHz.

These operate on a load sharing basis. This means that both supplies are running together at a low level. Statistically it is shown that running the supplies together offers greater life in the power supply than running one at full capacity with the other only taking over if it fails. 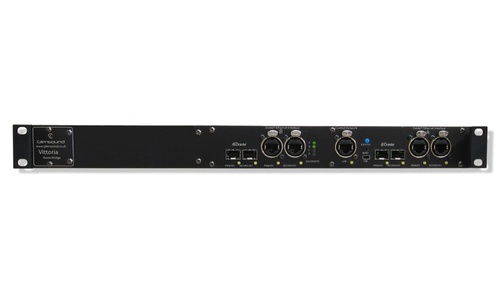 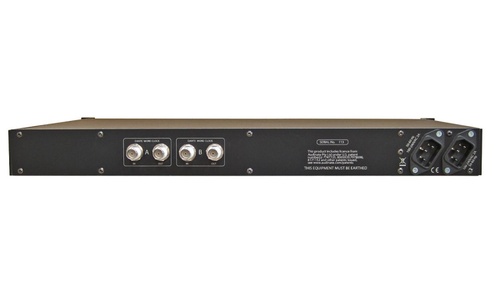